Recently my small business (which is located only in Minnesota) was audited by the state of Wisconsin to see if my company has "nexus" in their state.

According to the Supreme Court of the United States (SCOTUS) it is that a company has a "significant presence" in that state.  In other words, an office, a warehouse, employees traveling to the state to make sales, etc. 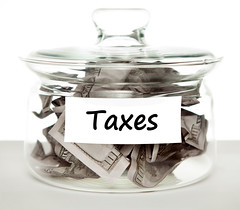 You may have heard of the "Amazon Tax".... yep, there is a relation here.

This definition of nexus is being overridden and redefined by some states.  Texas, New Mexico, and even before that Wisconsin which seems to have implemented their own rules and laws referencing nexus.


Wisconsin in particular states that because you simply sold something, anything, to a customer in Wisconsin you have nexus.  This means any tangible or intangible good or service.  Even a software license key, as in my case.

In my research I've found it virtually impossible to find a list of states and their nexus definitions.  According to one state I've spoken with any competent tax accountant should already know this information.

Well, if the information isn't easily available, how are they to know?

An individual or a company buys something from out of state.  They are not charged sales tax.  By law, this purchase is supposed to be reported on the purchaser's taxes and sales and use tax paid on the item(s).

Of course, not many do this.  So when an individual or company gets audited by the state they reside in these issues are found.  The state sees that the purchase was made from a company that is not located in their state so they immediately go after them, usually starting off with a "friendly" looking nexus questionnaire.

If that state's definition of nexus is like that of the state of Wisconsin, you'll be on the hook.  Not only for that year or the sales they found, but for every sale in every year previous to the current back to when the state decided to define nexus in a way that benefits them.


Why Does Nexus Matter?
For most, it doesn't.  But, for small businesses, mainly web-based, we are being targeted by states we have no physical presence in and being told we have to: 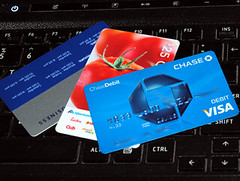 So not only should you be prepared to spend a lot of money on this issue, but time as well.  And if you're a small business owner you know how precious time is.

Collecting sales tax alone for each state (which remember is divided into counties that have their own tax rates, special assessments, etc) alone is a daunting task.  Anyone who uses Quick Books knows that setting up tax rates and tax groups for one state alone is a formidable task... now imagine doing that for 3 states... or 50.

In addition you must monthly, quarterly or yearly (depending on how the state sets you up) report and remit the sales tax for each state.

My Personal Story
My personal story dealing with nexus taxes, while still ongoing, has caused much hair loss and alcoholism (well, maybe that was already there... let's just say you may want to invest in Johnny Walker stocks if this keeps up.) 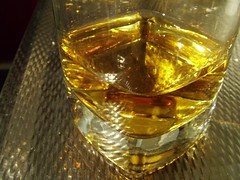 First I received a nexus questionnaire from the state of Wisconsin.    I consulted with my accountant and he said to fill it out and send it back.  So I did.

I then received a letter that said "yep, you have nexus in Wisconsin...  here are the tax forms for sales taxes for your business as well as personal income tax for 2009-2014... complete them."

So, what I did was go back into my records and find all my Wisconsin sales back to 2009.  I gave that to my accountant and he was able to figure out the Wisconsin state income tax due as well as file ammended returns for the state of Minnesota (where I reside).

In other words, what I got to do was pay Wisconsin $xxx.xx amount and get that same amount as a refund on my Minnesota state taxes.  (Minus fees to file state tax forms for 6 years for 2 different states...)

Next I had to contact each customer I sold products to that resided in Wisconsin to find out if they paid the sales and use tax on the purchase.  Thank goodness most did.

I attribute that to the fact that these are real people that don't mean harm, mean to follow the laws, and are still good people  They are not politicians just looking for a quick buck, even if it means spending ten to get that one.

So, all the paperwork gets sent into the state of WI.  All the payments and penalties are paid.  Whew... thank God that's over... or is it?

A few weeks later I get a letter regarding the sales tax.  It was another bill for penalties and late fees (that I thought I had already paid).  Nope, these were separate mainly because of the late filing.

A couple weeks after that I get one regarding my personal income tax.  Again, late fees, penalties and a couple years where they changed some of the income reportings that my accountant had done (which will require MORE ammended returns to MN).

For both of these last situations I was given one week (yes, 7 days) to pay the balance on these fees.  If that isn't bullying I don't know what is.  A week is not nearly enough time for me to consult with my accountant.  But that's probably what they're counting on.

The Bright Side?
The bright side to this may be that the income tax you pay to a state that claims you have nexus in can be deducted from the income you will pay for the state you live in.  That means you're not paying taxes twice to two different states on the same income.

This also means much more paperwork, so you're still spending more on your accounting fees. 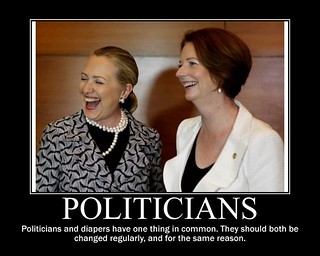 For this entire fiasco (which is still ongoing) I haven't received my accountant's bill yet.  And I dread it.


Guess what, Scott Walker... you'll never get my vote.  Then again, even though I'm paying income tax in Wisconsin that won't matter unless you manage to make it to the presidency... since I can't vote locally in your state.

How is that not taxation without representation?

The Bigger Picture
This is just another example of how the tax code, federal, state and local, has gotten so out of hand that it's impossible to comply with (much less be aware) all the rules.

I really hope a fair or flat tax happens, but why would it?  It would only be of  benefit to us, the people, not the "political class" that has grown too comfortable spending our money.

11/16/2015 Update:
I have received letters from the state of Wisconsin regarding the appeal letters my accountant wrote up.  They were basically pleas to ask that the 2nd round of interest and penalties be waived since we were unaware of this law.

Of course, the request was denied and I was only given 30 days to pay from that point.   Of course, again not enough time to consult with my accountant.

I am mailing the checks for payment today speaking with my accountant and deciding going to court won't be worth it.  But, I assume I'll be assessed more late payments since it's past their 30 day limit.  (Remember, the original time frame was 10 days... 10 days to get support from a tax accountant for something like this... that's insane...) 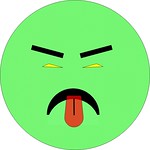 When any government entity starts looking for ways to tie the hands of small business and rob them with outrageous fees and penalties because they pass laws that suit THEM, not their constituents (or in this case, neither.. just a small business from  a neighboring state) we know that something must be up with their own finances.

I've visited Wisconsin many times, and love the state.  The people are wonderful.  I've always called in "Minnesota, but prettier!"

But this whole event has left a terrible taste in my mouth (even worse than the one that was already there dealing with the Federal Tax Codes).

I hate to think what may be coming down the pipeline if Wisconsin (or any other state) is truely successful in this type of new age thievery.
Posted by BVSTools at 10:43 AM